Almonty, through its indirect wholly-owned subsidiary, Beralt Tin and Wolfram (Portugal) SA (“Beralt”), owns a 100% interest in the Panasqueira Tin Tungsten mine located in Covilha (Village of Panasqueira) Portugal. Beralt is the oldest Portuguese mining Company. The discovery registration was granted on Sept. 15, 1881 and the official mining license was dated from May 24, 1896.

The mining company (Sociedade de Minas de Wolfram em Portugal – Tungsten Mines Society of Portugal) was founded in 1896 to mine tungsten at Panasqueira as the industrial uses of the commodity were first being developed throughout the world. The first area where wolframite ore was recovered was from Cabeco do Piao (now known as Rio); the first areas mined near present day workings were from Vale das Freiras, Vale da Ermida and Barroca Grande. All the individual concessions were grouped into one single mining area actually known as the “Couto Mineiro da Panasqueira” which covers the same ground as the present day concession.

In 1904, a new mechanized treatment plant was built near Cabeco do Piao (Rio), which was situated on the Zezere River for water supply. There is a report of the delivery of 41 tonnes of ore to various buyers. The first underground drifts were opened at Rio but mining activity decreased as richer veins were discovered at nearby Panasqueira.

Milling and treatment of the Panasqueira ore at Rio continued until September 1996, when the final concentration equipment began to be moved to Barroca Grande. 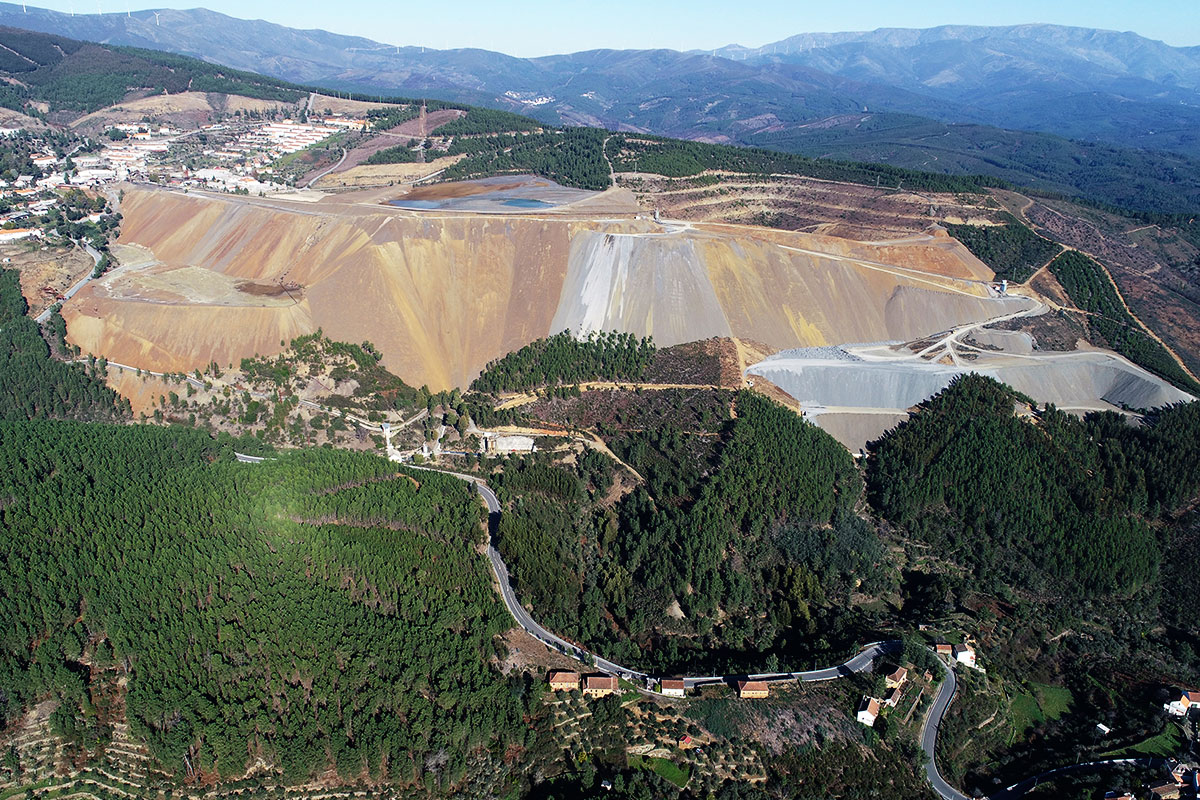 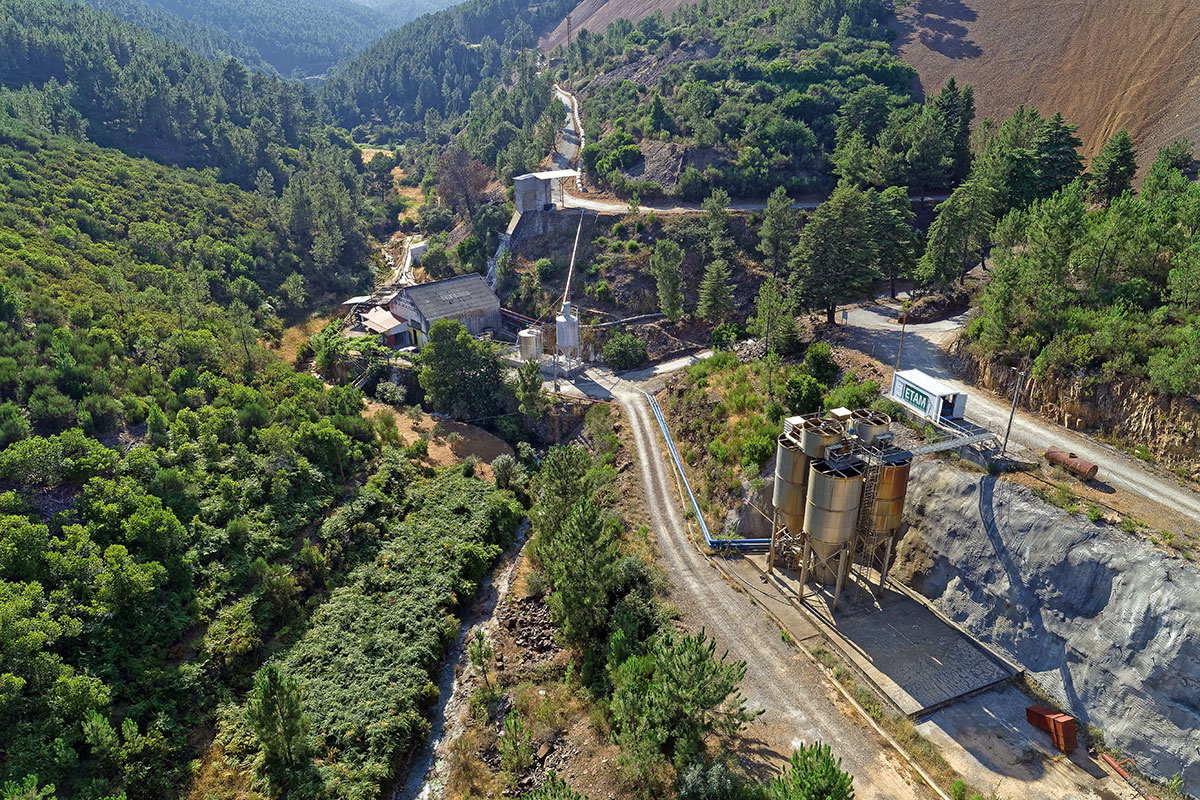 In 1911 the Wolfram Mining and Smelting Company was formed and purchased all the rights to the concessions including the buildings, the equipment and 125 ha of rural land. In 1912, the new company made major investments in machinery and equipment, upgrading the Rio treatment plant and installing the first aerial 5,100m rope-tramway that brought the ore from different mining sites at Panasqueira to the Rio plant. In 1912, the production of wolframite concentrates was reportedly 267 tons of 65% WO3 mined by 244 workers from 10,791 tonnes of vein as well as 86,063 tonnes of host rock.

World War I in 1914 saw a period of accelerated expansion and growth of the mining operation. The production rate was increased, the plant was enlarged and a tin furnace was installed. The number of workers at the mine increased to 800. In addition, the company allowed individuals to work small surface veins exposures workings in the concession area, an activity that involved approximately 1,000 people recovering small quantities of ore for sale back to the company. The hills surrounding the present day operation contain many old pits and shafts left from these small operations.

From the end of the World War I to 1928, the mining activity was contingent on the price of tungsten. During this period of uncertainty in the tungsten price, the search and the recovery of tin was intensified. In 1927 approximately 110 tonnes of cassiterite concentrate as well as 190 tons of wolframite concentrate were produced. In 1928, the Wolfram Mining and Smelting Ltd. reorganized and changed its name to become Beralt Tin & Wolfram Company (the name, Beralt, being derived from Beira Alta, the local region).

The tungsten price recovered in 1934 and stayed high through to the end of World War II. These were the years of peak production at the mine. Manpower increased from 750 workers in 1933 to 3,300 in 1940 and nearly 5,800 in 1943. Portugal was neutral during the war and the mine could count on a steady supply of workers and sales to both sides in the conflict. In addition, there were approximately 4,800 individual miners working the small veins on the surrounding hills.

The tungsten price fell sharply again after the end of the war and only increased in 1950 due to the Korean conflict. Steady production was maintained with increased mechanization and increased production of tin and the introduction of the recovery of copper from the plant tailings. It was also during the 1950’s that the company recognized the importance of water quality and installed the water treatment plant at Salgueira, located one kilometre downstream from the main mining operations.

Since 1974, the company has accelerated the mechanization of the underground operations in order to further reduce labour costs and changed the mining method from largely long wall stoping to more mechanized room and pillar method. The opening of a new inclined conveyor shaft from the deeper Level 2 began in 1977 and the extraction of ore from Level 2 began in 1982.

In 1998 the remaining plant at Rio was moved and all milling consolidated at its present day site at Barroca Grande.

A new underground shaft connecting Level 2 with Level 3, 90 meters in depth, was completed and a new 284 kW winch was installed. The complete shaft system with automated mine car handling began operating in April 1998.

The concession lies in moderately rugged, pine and eucalyptus covered hills and valleys with elevations ranging from 350 metres in the southeast to a peak of 1,083 metres in the north-western corner of the concession.

The climate is pleasant, with average temperatures of 24°C in July – August and 4°C in December. Rainfall is most common in November – January with seasonal averages of 200 mm in December to 10 mm in August. The Zezere River is the major source of water for the city of Lisbon, so the mine conducts constant water monitoring. 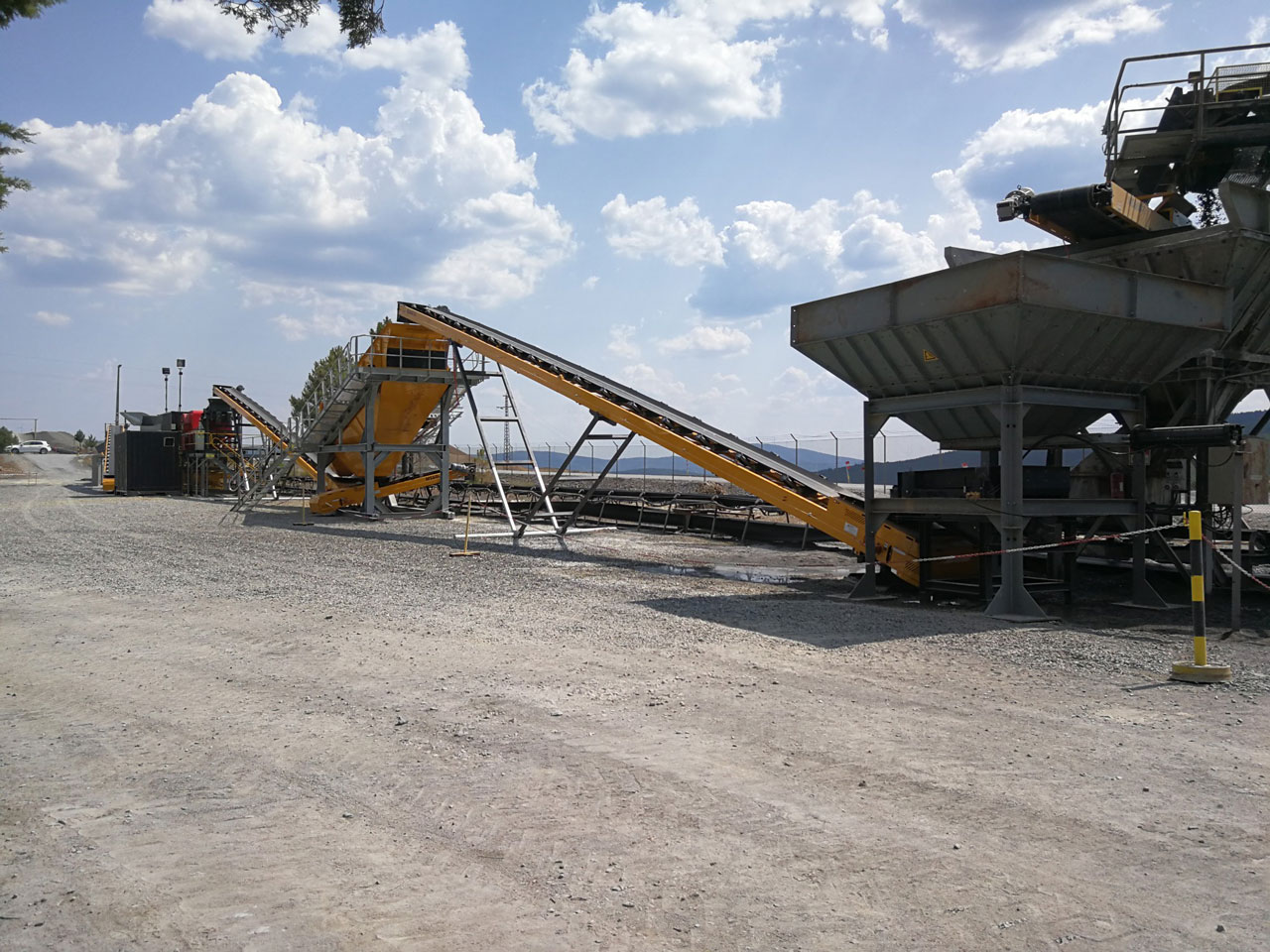